Chartered Surveyors come across many and varied situations 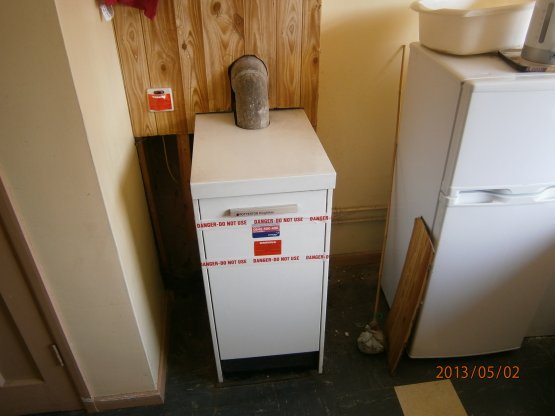 A large, active wasps nest in a roof space.

A  condemned boiler with and asbestos cement flue.

Some initially puzzling situations. Look at the timbers in this roof space. It’s an old thatched cottage which has been reroofed. Because it is Grade 2 Listed the original timbers had to be retained when it was being reroofed and so a new supporting frame was built around it.

But it’s not all about fault finding. Over the years I have become increasingly interested in the architecture and history of the properties, peoples’ homes of all shapes and sizes, that I “survey”.

In particular it fascinates me that tradesmen, particularly from the past, took so much pride in the quality of their work. This applies not just in ancient cottages and country piles but in more ordinary, everyday homes.

I have seen the most beautifully constructed circular brickwork Victorian well beneath a cast iron cover that no one will ever see. Unfortunately, I didn’t take a photo of it. Or, take a close look at the quality finish of this beautiful staircase and landing joinery with its traditional wooden balustrading.

It is in a very ordinary looking 1930s semi  detached house in suburban Leicester. Luckily, as you can perhaps tell from the green swirly carpets, the house had been in the same ownership for many years and so had escaped being “modernised”  from the 1960s onwards.

Nowadays, such features are very sought after and add to the appeal and therefor value of a home. If you’ve got anything like this in your home don’t be tempted by a bit of Bank Holiday DIY. As they say, “if it isn’t bust, don’t fix it.”