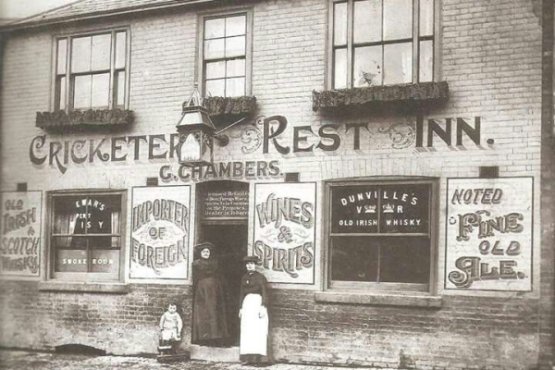 James Sellicks are proud to have been instrumental in introducing Anicca Digital as the buyer of the former Cricketers’ Rest pub on the corner of the A50 on Abbey Gate, in Frog Island, in which they have already invested over £300,000 purchasing and plan to spend a further £1 million transforming into a state-of-the art digital office space, complete with a café, co-working space, meeting rooms and a training area.

This landmark building which overlooks the river has had an intriguing history, having been The Cricketers’ Rest public house dating back as far as 1870 when it proudly displayed a lamp above the door boasting “pleasure boats for hire” to sadly becoming derelict and being boarded up for a number of years before being purchased and brought back to life by Atkinson Design Associates who re-designed the property including consequential remodelling to the northern façade and full restoration of the south elevation river terrace and façade and creating a light and optimistic workplace housing a showroom, office and design studio for the firm who’s many notable clients included Boots and Peugeot in automotive and whose work was recognised by numerous patents and international design awards before their closure in 2015.

The purchase of the property was by no means a smooth transaction, taking a year to complete, but with a lot of determination, hard work and perseverance on the part of both Anne Mann, Sales Manager here at James Sellicks and Ann Stanley, founder and managing director of Annica, it finally happened just in time for the celebration of Annica’s 10th birthday, offering them gateway for expansion and putting Leicester on the map as a centre for digital marketing.

The company, who provide multichannel integrated digital services for global and national e-commerce brands including Experian and Deichmann is, with the support of Leicester-based Cambridge & Counties bank, investing in the project to meet current and future plans for growth. Having turned over £1.1 million in the year to the end of February, they have ambitions to grow annual sales to £3.8 million over the next three years as well as growing staff numbers from 27 to 50 over the same period and also taking on apprentices. Frog Island was a natural choice for their new premises, being a part of the regeneration of the riverside area.

The project to create Annica Digital’s new premises is expected take 12 months to complete and #TeamSellicks cannot wait to see the next exciting transformation of this historic building!