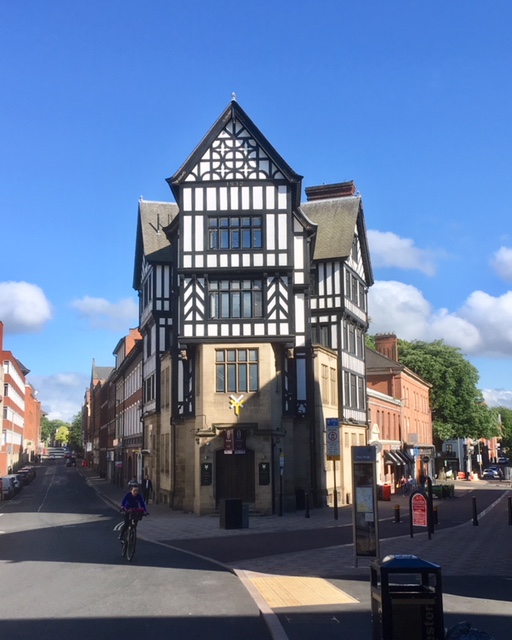 Walking up Market Street from Horsefair Street you will see at the top a most unusual building for Leicester. It’s half timbered Tudor appearance is more reminiscent of Chester or Shrewsbury.
It’s not Tudor though.

It was built for the General Accident Fire and Life Company in 1931-32 on a sandstone base. The timber and render finish to the upper elevations of this five storey building will be for cosmetic effect only. Designed by architects GPK Young of Perth, Scotland who also designed Perth Theatre.

And as you turn around you will see on the opposite corner the former Fenwick’s department store premises, built in about 1880. The shop closed in 2017 and is to be converted into an hotel, bar and apartments. Fortunately, lobbying by local heritage groups ensured that the façade is now Grade 2 Listed, so  giving it a degree of protection during the development process.

However the future is unkown for this prominent building with the main investor pulling out in June of this year.