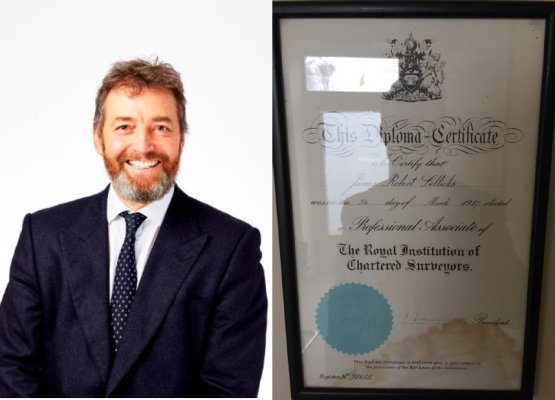 It was the year that “Iron Lady” Margaret Thatcher hand-bagged her way back to re-election for her third term, making her the UK’s longest continuous serving Prime Minister; the year the government announced that the unpopular Poll tax (community charge) would be introduced, the Channel Tunnel was given the go-ahead and The Wall Street crash lead to ”Black Monday” in the City of London with £50 billion being wiped of the value of shares on the London Stock Exchange. Back then a National Health Service prescription charges rose from a modest £2.20 to a heady £2.40 (now a whopping £8.40)! and at the other end of the financial scale Christie’s Auction House in London sold one of Vincent van Gogh’s iconic Sunflowers paintings for £24,750,000, Arsenal won the Football League Cup, unbelievably, for the first time in their history, and future Wimbledon Champion Andy Murray was born.

In the world of entertainment, 25 years after the first James Bond film was released, the 15th “The Living Daylights” premiered in London; the first of the franchise to star Timothy Dalton. On the BBC, Princess Anne appeared on sports quiz “A Question of Sport” a matter of weeks after team captain Emlyn Hughes famously mistook a picture of her on a horse for jockey John Reid! An episode which gained a record audience of 19 million viewers whilst on the other channel (remember there were only four!) ITV also enjoyed a record breaking audience when more than 26 million viewers tuned in for the Christmas Day episode of Coronation Street. In other royal news, Prince Edward left The Royal Marines just three months after joining to follow his dreams as a film producer…  the same year he appeared in ”It’s a Royal Knockout”

1987 was the year that Ford completed its takeover of the luxury sports car company Aston Martin. The now ubiquitous Swedish home product retailer IKEA opened its first British store at Warrington in Cheshire and our national airline British Airways was privatised and listed on the London Stock Exchange. It is difficult to believe life without them now, but the mobile phone (albeit a brick-like version beloved by the Yuppie) was first introduced, possibly making life less stressful so that after work some of the Yuppies could let their hair down at one of the first Acid House raves which began to be reported, often in derelict buildings. The top-selling singles of the year included “Never Gonna Give You Up” by Rick Astley, “Nothing’s Gonna Stop Us Now” by Starship, “I Wanna Dance with Somebody (Who Loves Me)” by Whitney Houston and the Christmas number one was “Always on My Mind” by the Pet Shop Boys.

Meanwhile, in Leicester, undoubtedly to Rick Astley’s famous soundtrack, James Sellicks, a future pillar of the East Midlands property world qualified as an Associate Member of the Royal Institution of Chartered Surveyors on the 31st March 1987.