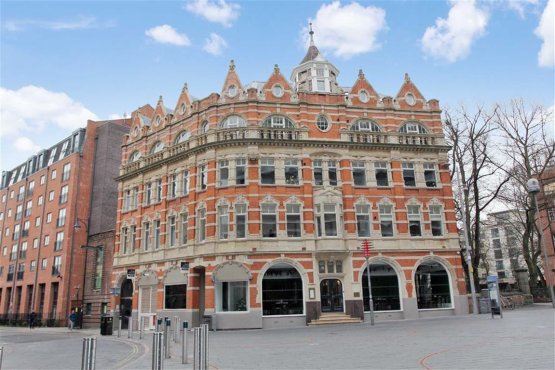 Statisticians at Halifax were embarrassed after publishing incorrect data suggesting that house prices had risen by more than 3 per cent in the three months to March.

The lender spotted the mistake after publishing the report, which claimed yesterday that prices had gone up by 3.2 per cent compared with the same period last year. In fact they had risen by 2.6 per cent, more in line with economists’ expectations. Along with Nationwide, the building society, Halifax produces one of the most closely watched house price surveys. Economists had raised eyebrows at Halifax’s index, which deviated from Nationwide’s findings published last week. The figures published by Halifax suggested that the average cost of a home was £233,181. Although prices rose on an annual basis, they fell by 1.6 per cent in March compared with the previous month. Economists had forecast a monthly fall of 2.4 per cent.

Halifax said that the monthly fall represented a correction on the growth of 6 per cent recorded last month. Data released by Nationwide indicated that prices nationally had risen by 0.2 per cent in March. Halifax said that the volatility could be explained by the market slowing, which leads to bigger price swings.

Buyers have become more reluctant in recent months because of expectations that prices may fall after Brexit. The supply of houses also has fallen because sellers are unwilling to put homes up for sale in a slowing market. According to the Royal Institution of Chartered Surveyors, new buyer inquiries and newly agreed sales fell for a seventh consecutive month in February.

Howard Archer, chief economic adviser to the EY Item Club, said: “The overall impression is that the housing market is soft as it is being hampered by challenging conditions with buyer caution being reinforced by heightened Brexit and economic uncertainties.”

James Sellicks Estate Agents are more optimistic about the outlook and the market shows that low unemployment and stable mortgage rates were sustaining housing demand.