Hambleton's "Wines of the Moment" 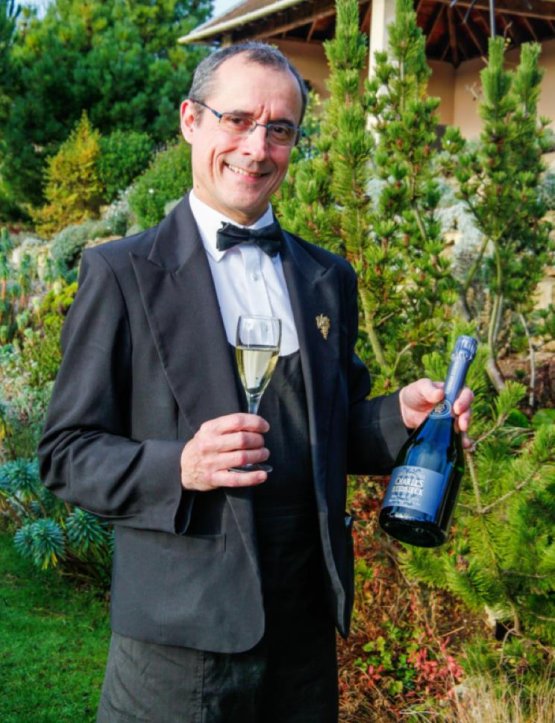 Admit it. It’s a profession to envy and one most of us fancy ourselves experts in already. However, Dominique Baduel, the sommelier of Hambleton Hall proves it’s a little trickier than pairing Bordeaux with beef or Sauvignon Blanc with seafood. Dominique was born and bred in a very small town called Figeac, a similar size to Oakham with a residence of around 10,000 with a similar character to it too.

"It was a beautiful town to grow up in," says Dominique. "My father’s business was to buy cheese from central France and sell it to smaller epiceries across the country. I also had a job harvesting grapes in Cahors. As Figeac was quite isolated, I had to do seasonal work; I was a waiter in the summer in a local restaurant and in the winter, I travelled to the French Alps in Chamonix to work in restaurants there."

"Whilst in Chamonix, the head waiter who was English invited me back to work in London to further my career in catering. My first placement was at the Stafford Hotel between Hyde Park and St James’s Park. There was an underground wine cellar used for functions and a head sommelier, Gino Nordella."

"I was intrigued by his uniform, how much he was respected, how much knowledge and passion he had for wine."

Dominique’s second job was at Frederick’s in Islington. As he became more and more passionate about wine, his employer spotted him and called him into his office.

"My boss told me he wanted me to be the sommelier for the restaurant from now on. I explained that I may not know enough about the subject so he funded the next four years studying for a diploma in wine and spirits."

"I learnt about grape variety, different climates, regions, soils, geology and everything there is to know about viticulture. My childhood, catering career and passion for wine meant I didn’t find it too difficult; the hardest part was vinification, the chemistry behind wine."

Dominique returned to the restaurant with a distinction and diploma, and worked as the sommelier until he was offered a job at another hotel in London with an extensive wine list of over 1,000 varieties.

"I’ve followed a rather unusual route into my profession," says Dominique. "Most French sommeliers will study in France before coming to work in London’s restaurants. However, I’m pleased I studied in the UK."

"If I studied in Bordeaux for example, 80% of the wines I would’ve studied about would be from the region. England is much more open so I know more about Australian, South African and other European wines too and not just French. London is also the wine capital of the world for imports although Hong Kong is becoming a hotspot for wine too."

In 1999, Dominique was working for a very big hotel in London near St James’s Park when he received a call from Tim Hart at Hambleton Hall.

"I was working for the Lanesborough Hotel which was a very beautiful and grand hotel but a nightmare for me! It was enormous and I didn’t feel very important; I felt like a small fish in a big pond."

"I met Mr Hart at a penthouse apartment in Belgravia for an interview. I was reluctant at first; I enjoyed the excitement of London and the big city lights. However, he convinced me to visit the hotel for a weekend to see how I felt and if he could change my mind."

"Needless to say, I fell in love with the charm of Rutland and the countryside and its similarities to my hometown in France. I also fell in love with Hambleton Hall, its history, concept and purpose. I visited in 1999 and have been here ever since."

If you’ve ever visited Hambleton Hall, you’re sure to have come across Dominique, but if you haven’t had the pleasure yet, here are is rule of thumb wine suggestions.

"Tastes change as you grow older," says Dominique. "Younger wine tasters will enjoy a characterful wine while an older diner will prefer a more sophisticated, elegant glass. At this time of year, while there are various shooting parties and hunts, and dishes of game and venison, an old style Burgundy Bordeaux will be enjoyed more."

"There are really two types of white and red. For white, there are lighter, crisper and citrus-y white wines like a Sauvignon Blanc or Riesling ideally paired with a starter of scallops or shellfish. The white alternative would be a more serious Chardonnay paired with a main course of fish."

"With red, I would pair a lighter fruitier Beaujolais with a terrine of pheasant or game starter. The red alternative would be serious Bordeaux vintage or Rhône for your main beef dish."

It’s clear Dominique knows his profession and is passionate about it too. Hambleton’s 'Wines of the Moment' should give you plenty of inspiration for Valentine’s Day.