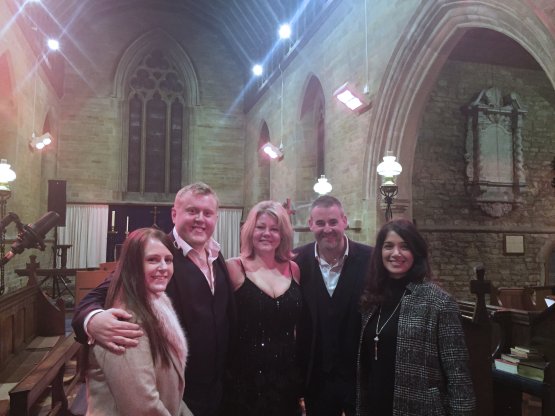 We were very proud to have sponsored the above concert last weekend in Medbourne Church for a very good cause which was enjoyed by all!

The concert featured JANETTE MONROE , who  is one of the leading cross over sopranos in the UK. She has worked extensively in the UK and overseas with the likes of Russell Watson and Joe Cocker and sings light classical,
songs from the musicals and popular songs.

The concert was a great success with 160 people attending and as a result after all expenses there was a donation made of £600 to each of three local villages [ Drayton, Nevill Holt and Bringhurst ] to help them to purchase defibrillators.

The concert was arranged by the new South Leicestershire group called the 'Village People,  this  group comprises  of residents of villages within 5 miles of Medbourne. They are a small friendly, voluntary group actively looking for new members to join the group in initiating and helping with local projects.

If you are interested in joining The Village People group please contact Peter Oppenheimer on peter@fmgdirect.co.uk or call 07770 607674